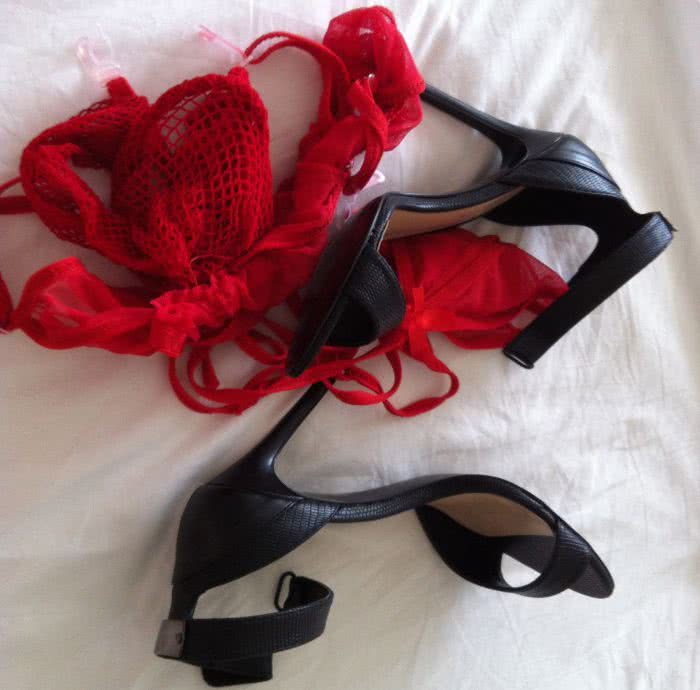 W e thought people might be wondering about hotel parties, what happens and how much fun they are.
So here is the story of our first Swing Party at a Hotel.

How it turned into a swing party.

W ell this started out as a play date with one couple (Mr and Mrs A) we knew and had played with before, we had set the date and where looking forward to it.
Not long after we had arranged this we had an email from a couple we had been chatting to (Mr and Mrs B) saying they were flying in for a couple of days and did we want to meet for a play date.

The date they were available happened to be the same date we had arranged with our friends already so we were about to turn down the offer when they messaged saying that there was another couple travelling over (Mr and Mrs C) that they had been trying to meet and did we mind if they turned it into a party.

They also asked if we could invite any couples that we thought might be interested in a party as they were thinking the more the merrier, and they were okay to host in their hotel room as they had booked a large suite

BINGO, party time, but at first we had to make sure our friends that we had arranged with were okay with a party, we checked and yes they were and so were some mutual friends (Mr and Mrs D) that they wanted to invite.

We then co-ordinated swapping handles and information on all the couples attending, we were all on the same one or two sites so it was quite easy.
We asked a few more couples and in the end we managed to get another couple we had played with before (Mr and Mrs E) to come.

I was at that time speaking to a single lady (Ms F) as well who I had met at a ladies party a week earlier and she had been fun and seemed to be good at getting naughty parties going.
So with everyone else’s permission, she got invited along as well.

WOW, our first party and with 6 couples, I was more than excited at the thought and the only thing left then was to arrange times and locations.
We settled on a coffee shop as you can pull tables together as you want so it didn’t matter how many actually turned up and if everyone did we could all sit round and talk to each other.
Hubby dealt with that, and by the week before the party was due to take place we had everything arranged and were ready for fun.

W ith the timing and meeting place arranged we were all excited and ready on the morning and I did some last minute shopping as we had agreed each couple would take snacks and drinks.

I then realised we hadn’t sorted out glasses so we asked one of the couples that we had invited to bring some.

Then we had a final check in with the couples we had invited to see if anyone had to cancel, nope everyone was still coming, that was a good start.

Then it was shower and get ready time, I found it hard to decide what to wear as we were meeting everyone in a coffee shop near to the hotel we were going to be playing at.
I wanted to wear something sexy but sensible enough for having a coffee with some friends.

I have found when we are going to a hotel play date, it is always better to take a change of clothes, your sexy lingerie including stockings, heels etc in a ‘play bag’ with me to change in to once we are at the hotel.
You can also have a quick shower then and change into your lingerie fresh, it also means you are not wearing sexy but uncomfortable shoes/lingerie while sitting around chatting in the coffee shop waiting while everyone arrives.

So with my lingerie packed I wore a simple but sexy red dress which would not look too out of place while we were meeting everyone.
Hubby packed the bottle of wine and the snacks in his bag and a change of clothes for himself and we had a quick bite to eat and headed off to meet everyone.

We were the first to arrive at the meeting place at 7pm , this was fine as we had co-organised it and wanted to be there for everyone arriving.

The first of the couples arrived about 7.30 and not long after that Mr and Mrs B turned up and said that their friends (Mr and Mrs C) where just checked in and would be there in a while.

Mr and Mrs B are gorgeous, she is super sexy and he definitely has a cheeky chappy vibe going for him and Mr and Mrs C turned out to be a super hot and sexy couple.
They were the only two couples that we didn’t know so it was good that they had both turned up and were lovely people.

I remember at one point going in for another coffee when I looked over at Mr B and we winked to each other which was nice and flirty, nice start….

It took until about 8.30 for everyone to get there and we were all chatting having coffee and cakes and chatting having a good laugh, this was nice as there was a large selection of ethnicity and religions and we all had a good chat.

As people had arrived we were pulling up more chairs and tables and Ms F pointed out that we had arranged the tables in the shape of a phallic symbol (oh boy).

Eventually we decided to move to the hotel room so off we all went all chatting and getting to know each other.

S o we all walked though the hotel reception and went up in two groups.

When we got in the room we set about sorting out the drinks/glasses and the snacks, in total we had a bottle of red wine, bottle of white wine, lemonade/sprite, fruit juice and some extra water as well a large selection of crisps.

Ms F phoned down to get a couple of ice buckets to put the wine in, and we all sat around talking while we were waiting for it to come up.
When it came it was funny as there was 13 people sitting and standing around in the room when the lad came in with them, he must have wondered what was going on bless him.

Once the ice had been delivered we could relax a bit more and Ms F decided to get things stared in there and came up with some games for us to break the ice.
We played something like spin the bottle but a much naughtier version, that went on for a while and was a good laugh but as we hadn’t got to the room until about 9 we just wanted to start the party.

I decided after a bit to get changed into my lingerie and have a quick shower, I did this and went back into the main room to join the others that were still playing the games.

A little after that Ms F took her dress off to reveal a lovely basque and suggested that all us ladies get our lingerie on.
I was already changed so didn’t need to go in and change, when they came out all the ladies looked gorgeous and sexy stood around while we finished the game, the men at this stage where mostly still fully dressed though.

It was suggested that we play another game but then two of the ladies charged into the bedroom and started playing together.

Once they went in we all followed and started to play along with them. I can remember at the start walking around and kissing various people and starting doing some oral on some of the men there.

When I came back in after seeing her out Mr B grabbed me and we started playing a little, he even managed to make me squirt which is the first time ever I had done that and I didn’t even know I could.

I then played a little with Hubby and Mrs E who was sitting on Hubby’s face at the time, this was fun.

After this Mr B came up to me on the bed and asked if I was okay to do full swap (see swinger styles defined). After checking he had a condom on we did do full swap with everyone else getting up to a mix of full and soft swap around us.

There was a very sexy vibe in the room and everyone participated in the fun at some point in the evening. Around 11.30ish the playing came to an end and people made their way back into the front room.

I switched between drinking wine and water. On a play date it’s best not to drink too much, especially with couples you don’t know, as drink impairs judgement and ability, it also heightens emotions.

Mr and Mrs B and C had flown in that day so were quite tired. Two of the other couples could not stay long so we left at midnight.

S o we left and got a cab home, then we sat and chatted over a glass of wine about what had happened at the party.

Hubby said he was only sorry he hadn’t managed to play with all the women as they were all looking lovely (they were indeed).

We also both decided that we liked parties, they are good fun and we talked about our fears before the party and what the reality had been.

Next morning we contacted the couples we had invited to make sure they had got back okay and had enjoyed themselves.

Everyone had a fabulous time and were all keen for the next swing party to be arranged.

We also found out that items had been left by a couple of people so Couple B were leaving those things at the hotel reception for us to pick up and make sure they got back to the right people.

Things we learnt from our first party

It is hard to keep an eye on your other half at a party so we learnt that if you want to get your partner’s attention at the party while everyone is playing you will actually need to go up to them, you can’t rely on them noticing that you want to speak to them.
I think both of us were a little worried we might not get to join in much of the action but the reality was that everyone who wanted to join in had plenty of action.

If you are at a hotel you have to remember to take everything when you leave, as a couple try and leave your bags/belongings near to each other that way, when one pics up their items its a reminder for the other to pick theirs up.

Just because you are at a party does not mean you have to take part and do things you aren’t comfortable with.
The two men who didn’t participate here found enjoyment just watching their wives join in the fun on the bed, and that was just fine, everyone had fun and joined in as much as they wanted to.

We would love to hear from you about your party experiences

W e would love to hear about your hotel party experiences.
Did you organise it or where you invited ?
What were your worries and did it go better/worse than expected ? 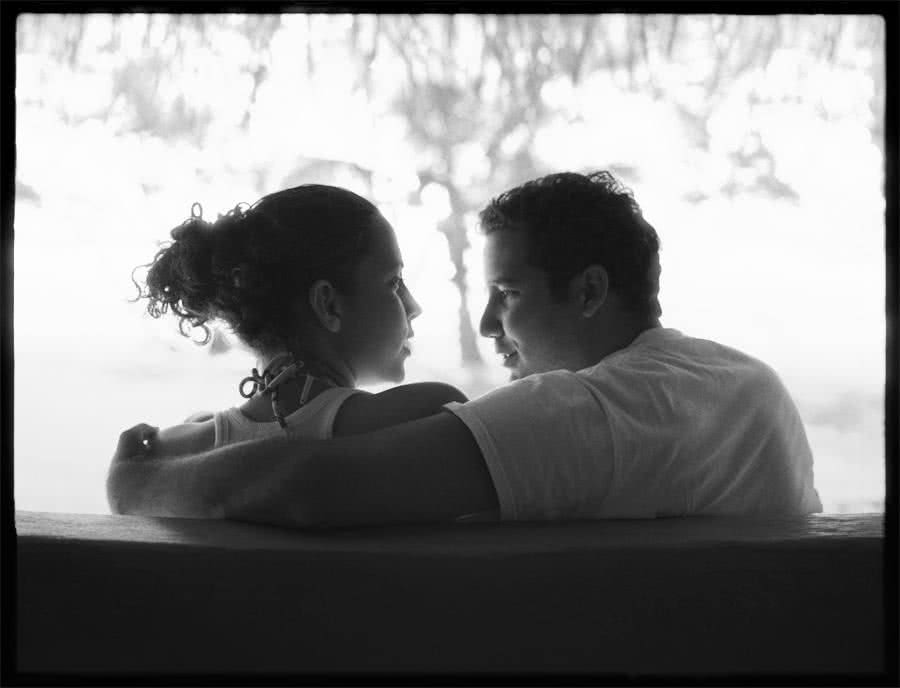 How to approach wife sharing with your spouse 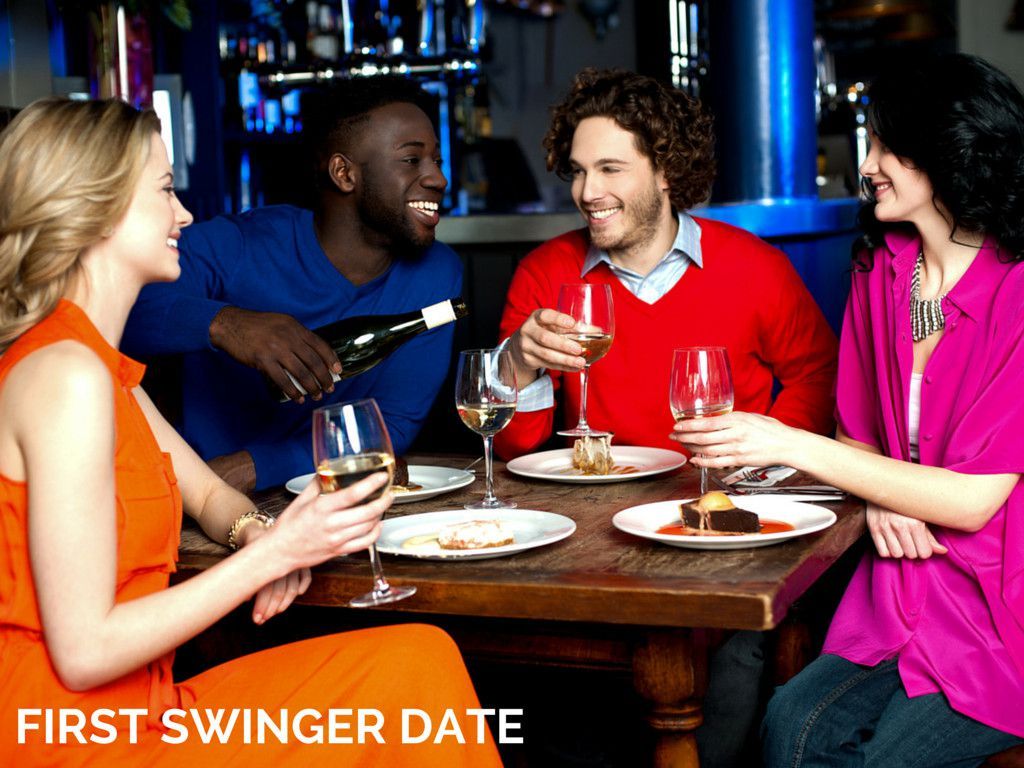 First Swinger Date, before, during and after.
Advertisement